Norwood, Ohio is the second most populous city in Hamilton County. It is an enclave of Cincinnati and its population is 19,796 residents. An enclave is a city that is bordered on all sides by another city, in this case, Cincinnati. Cincinnati has made several attempts to annex Norwood, but they have all failed. Shortly after the first attempt failed, the village of Norwood incorporated as a city. The land mass of Norwood is just over 3 square miles. 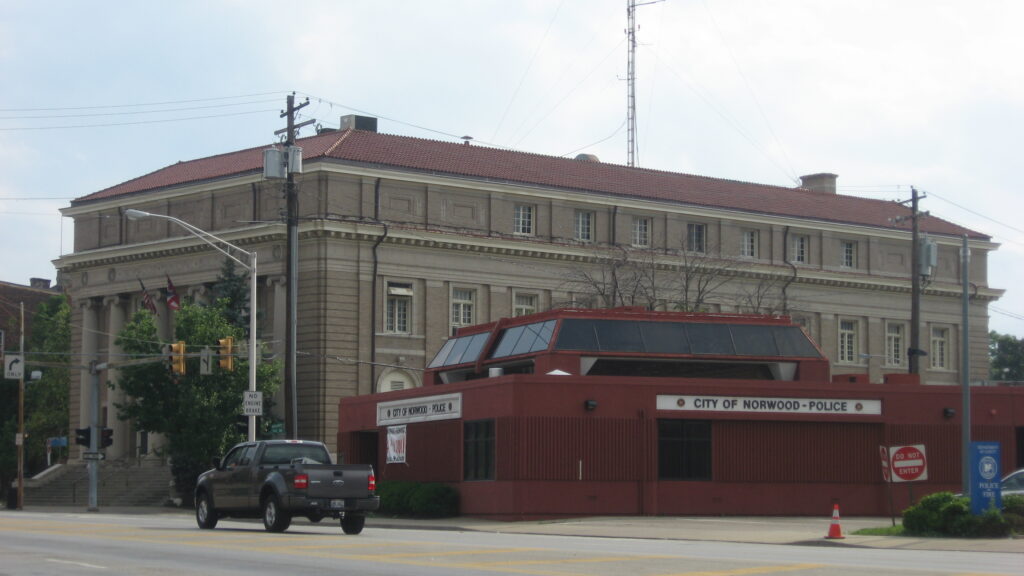 The area was originally settled as a suburb of Cincinnati in the wooded countryside north of Cincinnati and has older homes and tree-lined streets. The city of Norwood, established in the 1800s and located on the Montgomery Road, was originally named Sharpsburg. The town was renamed Norwood after John Sharple became one of its settlers. It was incorporated as a city in 1888. Norwood is regarded as the Gem of the Highlands, a distinction that goes all the way back to the 1800s.

The southern, eastern, and western areas of the city lie mostly on flat terrain. The northern part of Norwood is characterized by a steeper elevation. The highest point in Norwood is at Tower Park’s Indian Mound burial site which sits at 656 ft (200 meters) above sea level. It was thought that the mound was erected here for this reason – it offers one of Southwest Ohio’s highest land elevations.

Norwood is ideally situated between various railways, state roads and interstate highways. As a result, it has traditionally been an attractive location for businesses or corporations in the area. In 1909, Norwood was described as the “Chicago of Hamilton County” because there were 49 manufacturing enterprises at that time.

The Norwood City School District consists of Norwood High School, Norwood Middle School, Sharpsburg Elementary, Norwood View Elementary, Williams Avenue Elementary, and Norwood Preschool. The current high school, which opened as a state-of-the-art facility in 1972, features the Drake planetarium, with a greenhouse, swimming pool, and television studio. Drake Planetarium was named after astronomer and astrophysicist Frank Drake and is associated with NASA. In 1988, the Norwood Middle School field house and offices were used to film prison scenes in the 1989 Tom Selleck movie An Innocent Man.